Giannis Antetokounmpo put up an incredible stat line on Thursday morning as the Milwaukee Bucks leveled the NBA Finals against the Phoenix Suns.

The forward scored 26 points and finished with 14 rebounds and eight assists while teammate Khris Middleton led the scoring with 40 points.

Giannis also recorded three steals and two blocks in the game, including one-stop late in the fourth quarter that is being described by some people as one of the best blocks in NBA history. 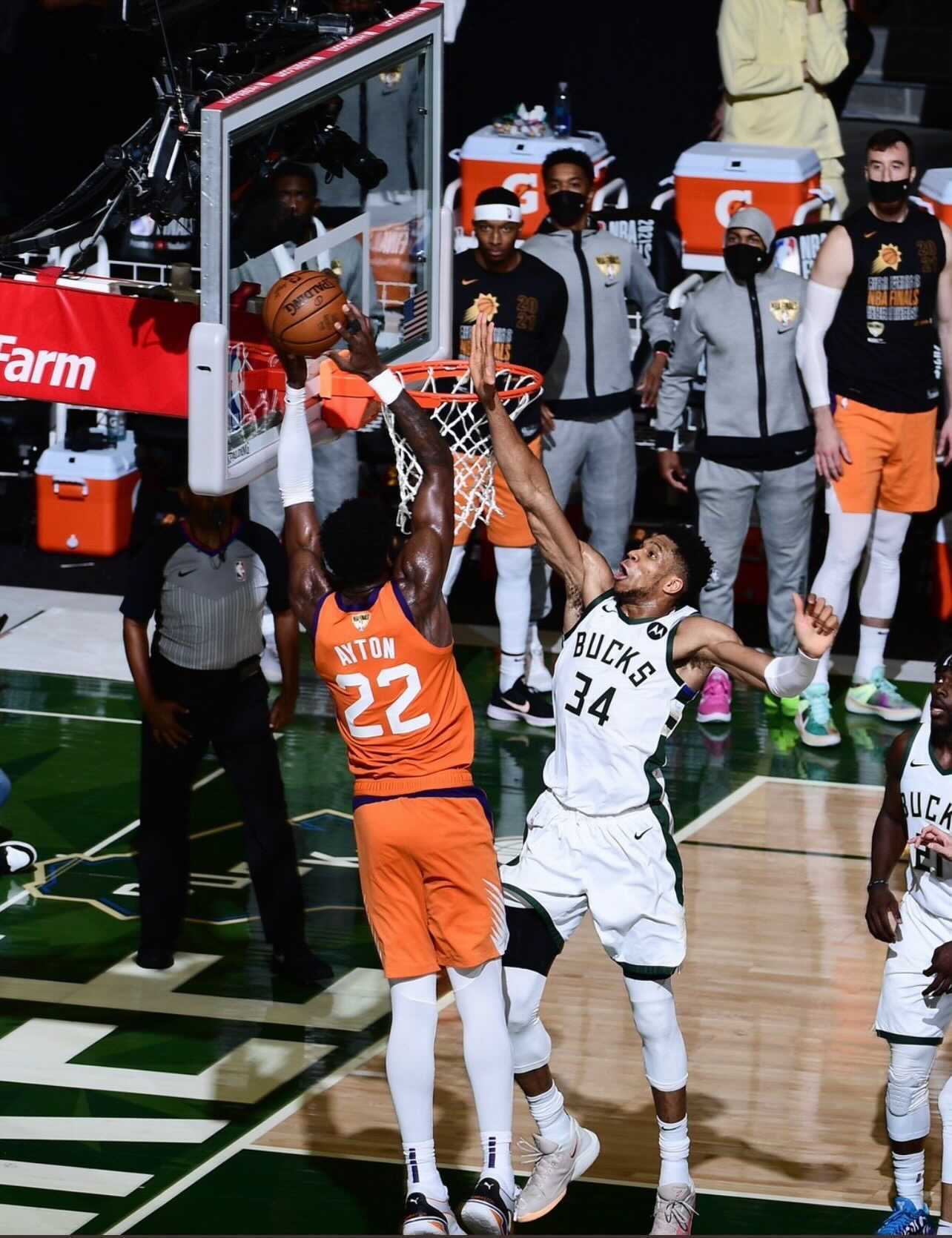 With the Bucks up by two, with 1:19s left in the game, Phoenix’s Devin Booker drove into the paint and threw up a lob to Deandre Ayton when he was challenged by Giannis.

Giannis followed the flight of the ball, turning 180 degrees and denying Ayton’s oop with a thunderous block at the rim, which certainly charged up the crowd and the ‘Greek Freak’ himself, who definitely lived up to his name.

The series is now tied at 2-2 with the Bucks heading back to Phoenix for Game 5.