Hearts of Oak defender Raddy Ovouka has received praises from Ghana internationals Mubarak Wakaso and Christian Atsu after his stupendous performance in the superclash win over Asante Kotoko.

The Congolese international is considered the best left back in the league and he showed again why he is so highly rated with one of his best performances of the season in the 1-0 win over Kotoko on Sunday.

Ovouka barely put a foot wrong in the defensive side of his game on the day and managed to cause lots of headaches for the Porcupine back line with his marauding runs and trickery.

Wakaso, who like many Ghanaians watched the much-anticipated clash with keen interest, couldn’t help but wax lyrical over the 21- year-old fullback. 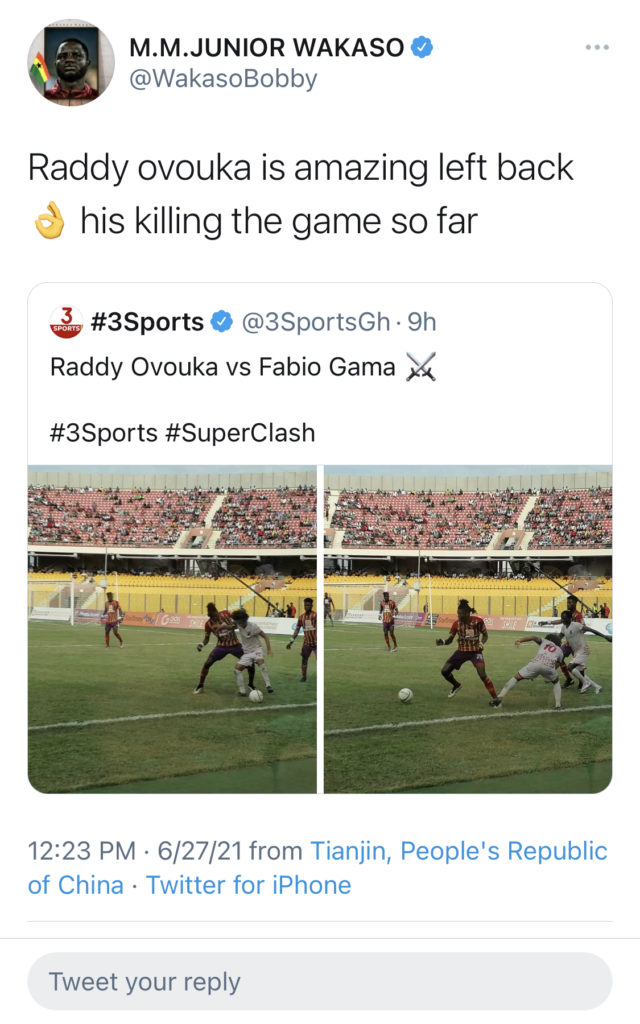 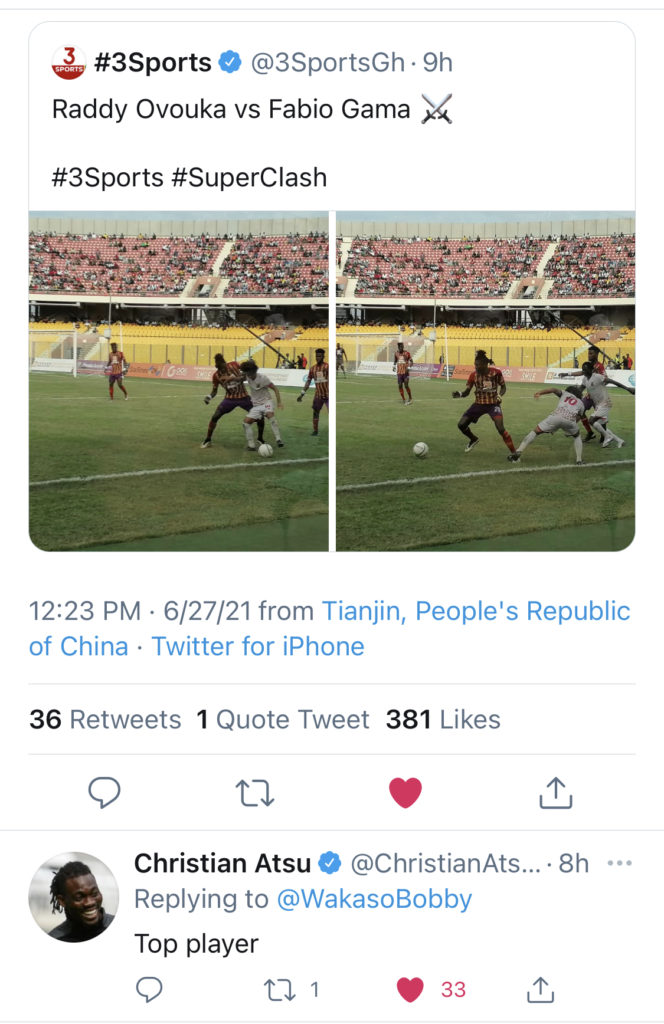 Ovouka has played 24 times for Hearts of Oak, scoring 1 goal in the process.

GPL: “It’s not over yet”: Samuel Boadu implores players to stay focused in title race

GPL: “It’s not over yet”: Samuel Boadu implores players to stay focused in title race