Mzvee has disclosed that Lynx Entertainment has asked her to pay for a car that was given to her 'free'.

Speaking in an interview with Neat FM, the Ghanaian singer expressed shock whilst disclosing how she was asked to pay for the car that came with the contract.

She said, “they dashed it to me, but they said I should pay for it. I don’t know why, but that’s what was said when I was leaving. And I told them I would do my best to pay. So I will pay small small.” 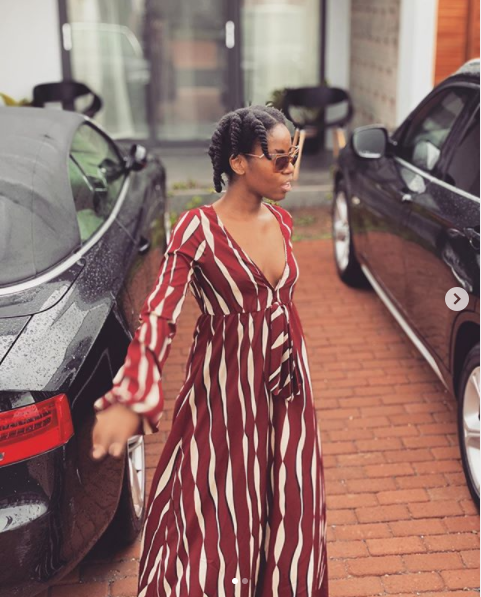 Mzvee after a long break from music parted ways with the Richie Mensah owned record label in September 2019. According to her, she had the car at the time she left. But now she has other cars, which excludes what Lynx gave her.

MzVee has refused to say what has happened to that car. Speaking about life under Lynx, MzVee said she received a clothing allowance and sometimes a rent stipend too. “I was renting a house for a long time, and they pitched in once in a while,” she added.

The singer who is out with a new song titled ‘Vanity’ however acknowledges that Lynx Entertainment shouldn’t be compared to a big record label in America that has royalties and other revenue streams on hand.

She said, “it was a label that was doing the best they could. So you wouldn’t get everything. But it is better than nothing.”