Afenyo-Markin: Ghana turns up the heat on maritime piracy

Ghana’s high seas are increasingly serving as an attractive destination for maritime pirates targeting commercial cargo and fishing vessels using the Gulf of Guinea, the ECOWAS Parliament has heard.

Alexander Kwamena Afenyo-Markin, who leads Ghana’s delegation to the regional legislative body, told the House in Nigeria on Monday, May 31, 2021, that there have been six recorded pirate attacks on ships in Ghanaian waters in 2020 alone. 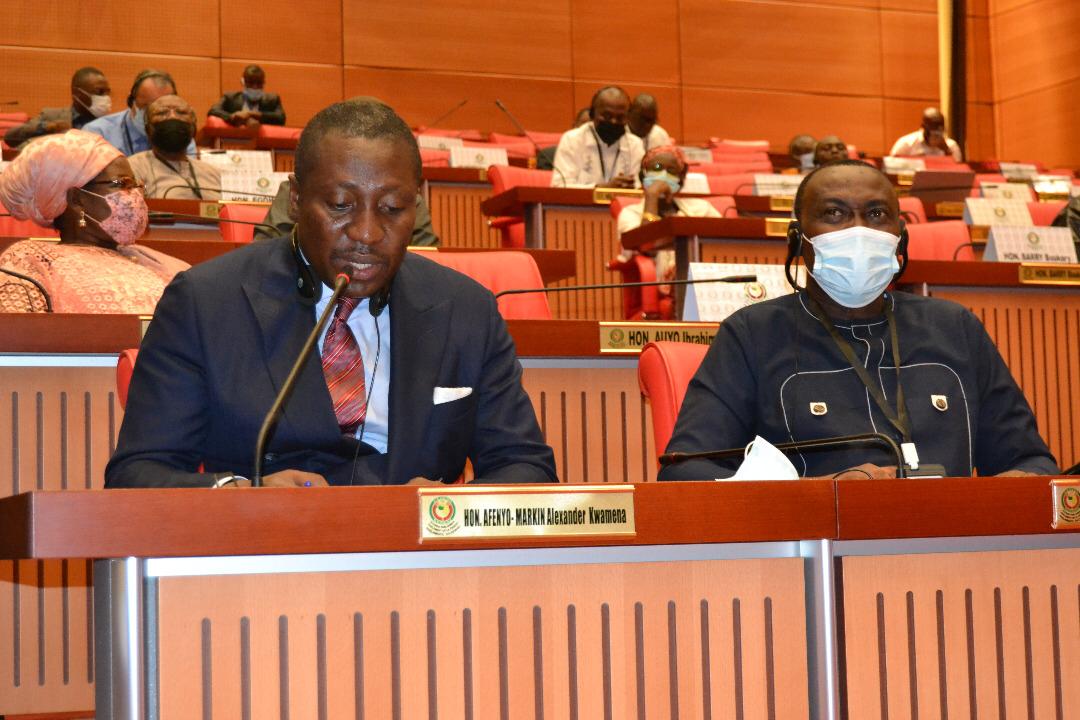 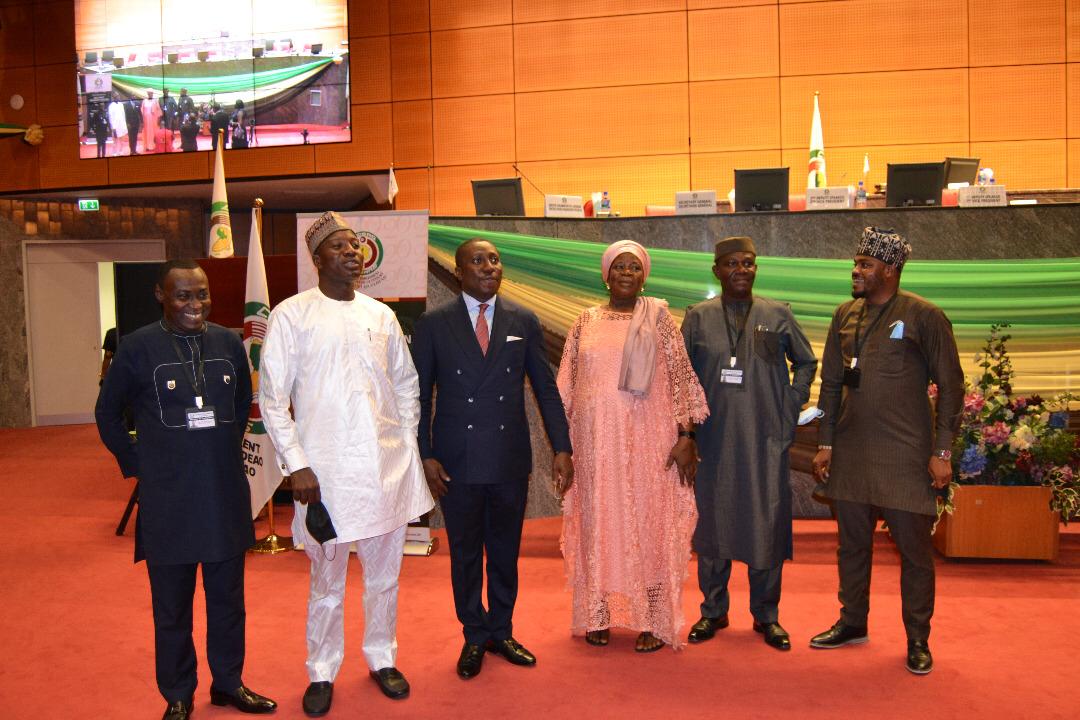 Although piracy has long been a significant problem globally, it was only recently that Ghana’s high seas started to gain notoriety for the crime. According to some figures, contemporary maritime piracy peaked in 2010, with around 445 reported incidents. Figures covering 2020 show that while pirates attacked 162 ships in 2019, the number of ships attacked grew to 195 in 2020. Half a dozen of those attacks took place along the coast of Ghana. As one report suggests, 135 crew members “were kidnapped from their vessels in 2020, compared to 134 in 2019, with the Gulf of Guinea accounting for more than 95% of crew numbers kidnapped [globally].”

A 2014 report by the United Nations Conference on Trade and Development (UNCTAD) calls piracy off the coast of Somalia “an organized crime” and, given the scale, “level of sophistication and degree of violence of incidents reported, may be considered a special case.” The pirates, the report said, are essentially “motivated by the prospect of large monetary gains from ransom payments and cargo theft…”

Also, Statista, a globally respected website that serves as a source of credible social and economic data, reports that the “regions most likely to come under threat from pirate attacks include Indonesia, Malaysia, and Nigeria.” It is believed that “the abundance of natural resources in the countries themselves or adjacent areas” serves as pirates’ attractions. Thus, as Statista has found, “strategic passages for oil transport such as Bab-el-Mandeb, near Somalia, or the Strait of Malacca off the Indonesian coast have become notorious targets for maritime crime.” In the context of Ghana, a nation that started commercial drilling and export of crude oil in 2010, it is unclear whether the increasing cases of pirate attacks can be linked to the riches of the oil industry.

Brandon Prins, a Professor of Political Science & Global Security at the University of Tennessee, published an article in May this year. In it, he argues that mainly “piracy ultimately affects developing countries with weak governments.” The reason is that “criminals, insurgents, and other groups see opportunities to raise money for their land-based battles by stealing from passing ships. For instance, militant groups in Nigeria, particularly in the Niger River Delta region and the Gulf of Guinea, siphon oil off tanker ships and resell it on the black market.”

The cost of pirate attacks runs into millions of dollars. As an example, a 2020 report of the European Union on maritime piracy states: “Today, the most common form of maritime piracy and armed robbery in the Gulf of Guinea is the hijacking of ships, with a focus on kidnapping and ransom payments. In West Africa, the economic cost of piracy was estimated at more than €750 million in 2017.”

Heightened Somali piracy after 2005 forced significant international activities like naval missions, capacity building programs, and training programs in the Horn of Africa region to contain the threat. Indeed, Kenya and Djibouti, which are two nations directly affected by the activities of pirates, have since completed widespread reforms in their respective maritime sectors through new national efforts and support from foreign partners.

The foregoing international activities and national efforts mean that the pirates are, in the words of Statista, paying “most dearly for the maritime crime. In Somali waters, at least 149 crew members were held hostage in 2011, and over 100 pirates were killed – mostly by naval forces such as armed guards, who [protect] merchant ships.”

According to a publication titled “Why pirates attack: Geospatial evidence,” research suggests “that anti-piracy actions matter but are insufficient in curbing piracy. The number of pirate attacks drops by 10 percent for each naval base located in a maritime cell. Naval Patrols have been remarkably effective in reducing piracy near the Gulf of Aden; their absence in the Gulf of Guinea is considered one reason why pirate attacks have persisted there.”

In his presentation in Abuja, Afenyo-Markin, who holds a Master’s degree in International Politics and Security Studies from the United Kingdom’s University of Bradford, sent signals to the maritime industry that Ghana would not allow pirates to hold the nation’s high seas hostage. In a bid to make the nation’s coast an unattractive destination for pirates, the Government of Ghana, according to him, is equipping the nation’s Navy “to enhance surveillance on the country’s territorial waters.” Additionally, “Ghana will also seek to collaborate more with countries along the Gulf of Guinea to develop coordinated maritime strategies to deal effectively with the rising incidence of piracy.” He, however, did not give specific details on the intended strategies.

The Efutu MP’s comments come weeks after an attack by pirates in late May saw the kidnapping of at least five crew members on a fishing vessel approximately 65 NM (120 km/75 miles) south of the seaport of Tema. Those kidnapped included a Korean, a Russian, and three Chinese nationals. No ransom demand or casualties were immediately reported.

The Country Report presented by Afenyo-Markin in Abuja also highlights measures Ghana is taking to deal with other security concerns like terrorism and attacks by nomadic herders.

In his words, “The recent surge in terrorist activities in neighboring and other countries in the sub-region places the country at risk of [a] terrorist attack.” He told the House that “in the past year, the Ministry of National Security stepped up its counter-terrorism efforts to avert an occurrence of a terrorist attack particularly at the Northern frontier which borders Burkina Faso.”

“It is important to state that in 2017, Ghana launched its framework for countering terrorism and violent extremism. The framework contains [an] overarching plan and multifaceted roles to be played by all State Security and Intelligence agencies to prevent terrorism and violent extremism. A major step towards the implementation of the framework was the establishment of the Counter-terrorism fusion center.” The Fusion center, according to him, monitors developments regarding terrorism in the sub-region, analyses terrorist threats, and provides strategic warning and recommendations for action.

He adds: “Additionally, Operation Conquered Fist, an operation led by the Ghana Armed Forces, was launched to prevent terrorist infiltration into the country. So far, the operation has been successful. It is also worth mentioning that Ghana continues to collaborate with neighboring countries to combat terrorism. This has even become more important given recent indications of plans by terrorist groups to expand their activities to countries along the Gulf of Guinea.”

Ghana, according to Afenyo-Markin, spearheaded “the Accra Initiative [which] is made up of countries including Benin, Togo, Burkina Faso, and the Ivory Coast.” In his words, the initiative “has served as an excellent platform for enhanced intelligence gathering and coordination of joint operation of security agencies of member countries all aimed at curbing the spread of terrorism.”

Turning his attention to the activities of nomadic herders, “which often result in conflicts between herdsmen and residents of crop farming communities,” Afenyo-Markin admitted that the security issues flowing from their activities “remain a perennial problem.” However, he told the House that “Operation College and the introduction of the Cattle Ranching Program” have primarily tamed the situation.

Whereas Operation Cowleg, he explains, prevents the herders from invading Ghanaian communities with their cattle, the Cattle Ranching Program provides grazing spaces for cattle from communities. He adds: “Cognisant of the current developments in Nigeria regarding clashes between herders and crop farming communities, the Ministry of National Security continues to implement a similar development in Ghana. In recent times, investigations have revealed the involvement of most of these nomadic herdsmen in criminal activities in the country, notably highway robberies, attacks on merchants, and kidnapping citizens for ransom. The police have intensified patrols, particularly in the Northern part of the country where the phenomenon is rife.”

The ECOWAS Parliament, also known as the Community Parliament, is one of the pillars of the Economic Community of West African States. On its official website, the House is described as “the Assembly of Peoples of the Community serving as a forum for dialogue, consultation, and consensus for Representatives of the people of West Africa to promote integration.” It was established under Articles 6 and 13 of the ECOWAS Revised Treaty of 1993.

Ghana’s President, Nana Akufo Addo, who currently chairs the Authority of Heads and Government of ECOWAS, was the Guest of Honour at the 2021 First Ordinary Session of the ECOWAS Parliament, which opened on 27 May 2021.