Ghanaian photographers, Twins Dnt Beg, a few days ago disclosed that they were fired as Nana Addo's photographers after a leaked photo caused the president ridicule online.

After the revelation by the twins, sources within the presidency told 3news.com that although they had a stint with the Jubilee House, they were not officially appointed but a close friend to the photographers has come out to deny this claim.

In the 3news report, “the sources at the Presidency said they (Twins Dnt Beg) were fond of releasing unauthorized pictures on social media, a development that subjected the president to public mockery. The sources challenged them to produce any appointment letter to back their claims that they were appointed as official photographers“.

Ebenezer Ofori Donkor, who is behind Kays Studios and has been working with Twins Dnt Beg for years now, has expressed willingness to post the appointment letter of his friends, to trash reports that they weren’t officially appointed as presidential photographers. 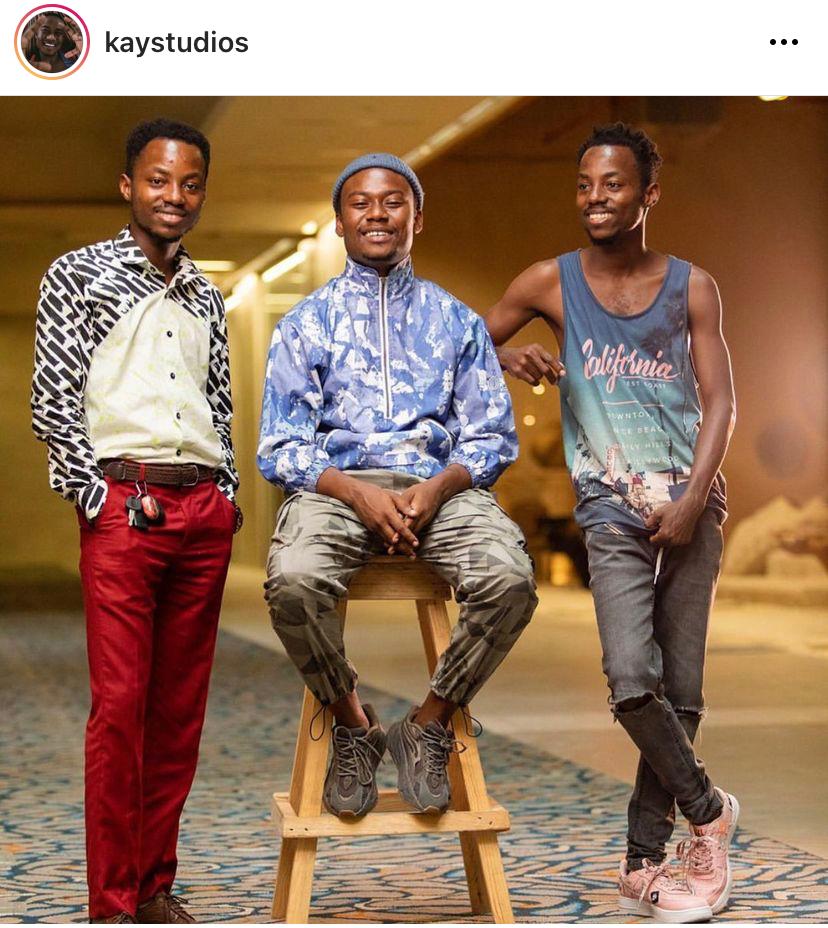 His comment comes as a reply to one Francis Clottey, a videographer at the presidency, who chastised the twin photographers for peddling falsehood describing their revelation as “nonsense”. 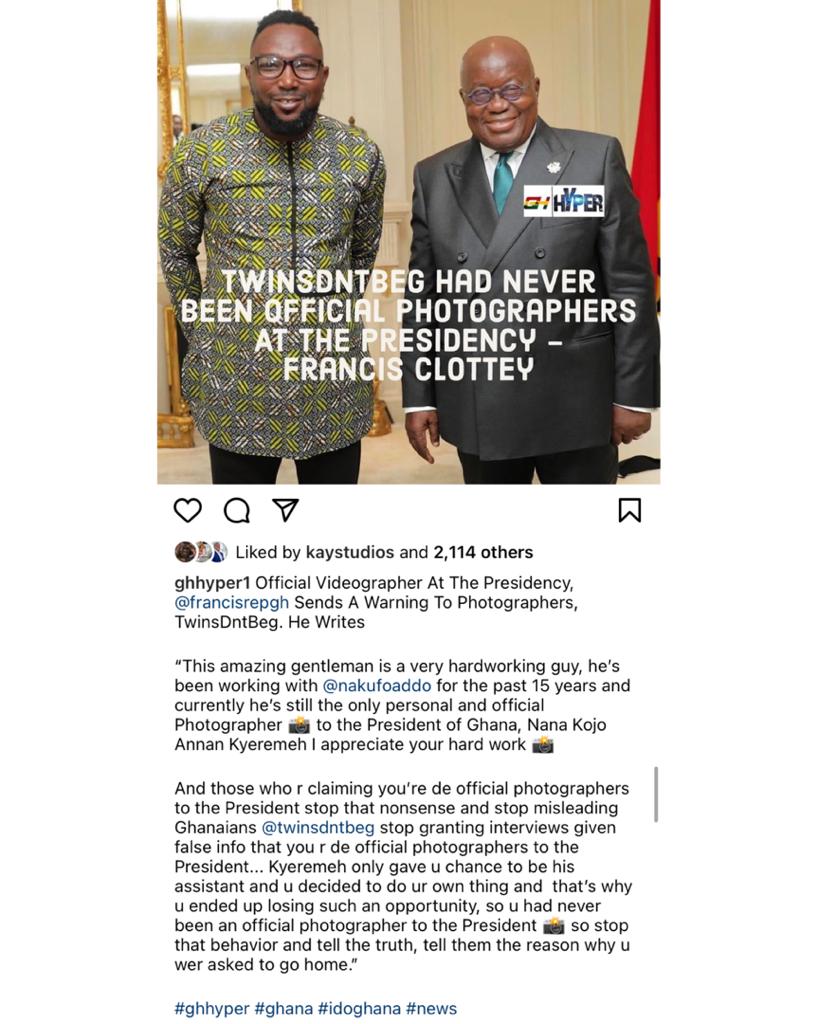 But in reply to his comment shared by a blogger, Kay Studios said “I guess every photographer can get up and go and take pictures of the President. At this time I just want to post their appointment letter smh. When they say politicians are liars I know believe even Francis who is a brother is now saying this wow“. See the screenshot below. 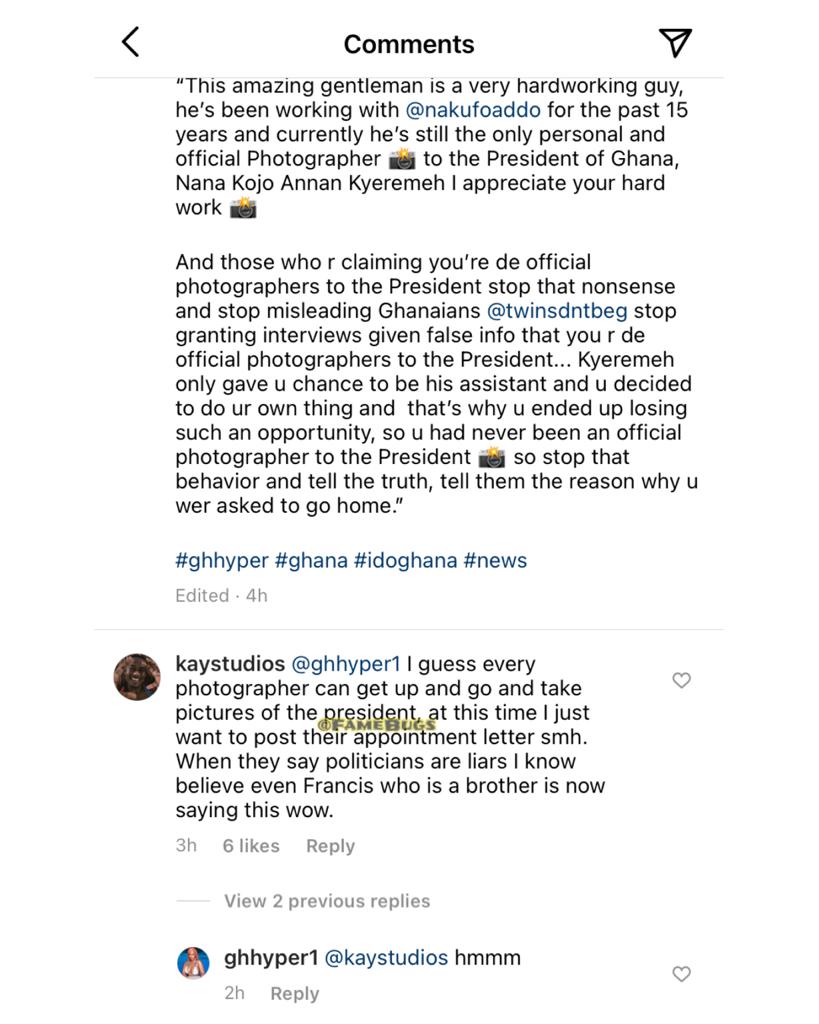 However, amidst it all, the Twins Dnt beg themselves who continue to serve as official photographers for Samira Bawumia, have remained silent on the matters arising.