According to the artistic director and lead writer at Roverman Productions, at a point in his life, he got addicted to beating his meat to pleasure himself. He disclosed whilst talking about his upcoming ‘MATTA DEY’ webinar.

In a Facebook sighted by pulse.com.gh, the celebrated 66-year-old playwright also recounted how he had a pathetic honeymoon after marriage because he wasn’t given enough sex education.

“Then I married and no one had bothered to give us counselling on how to have sex. We had pre-marital counselling from a wonderful counsellor but for some reason he skipped the topic of sexual intercourse, he probably thought we were already “doing it” or that it will come naturally to us. I too was sure it will be a piece of cake,” he wrote and revealed that “I was wrong. My honeymoon was…. pathetic“.

However, things didn’t remain pathetic for Uncle Ebo forever as he detailed that “I had a miracle a month into my marriage which turned things around for us” and that he will share what did the magic for him in a webinar scheduled to happen on 30th May via zoom. 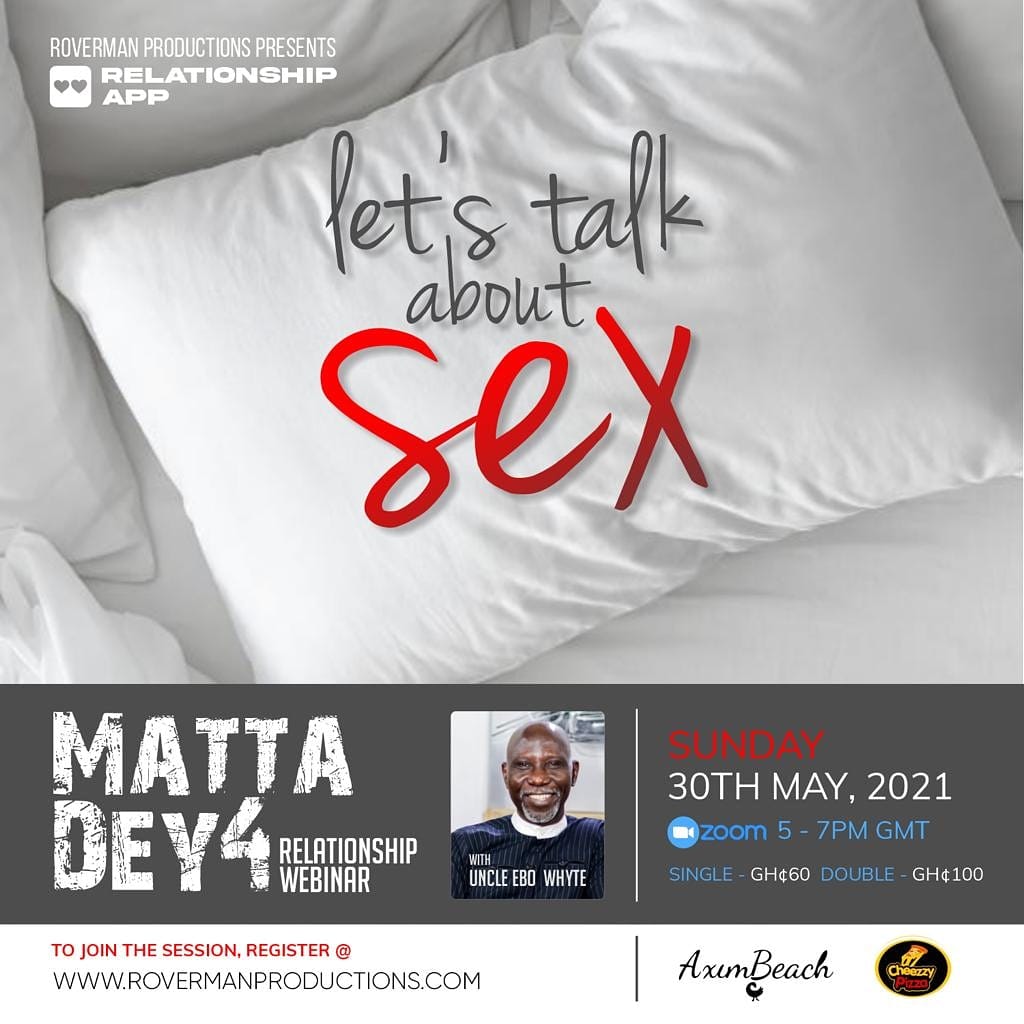 “Sex, just as driving is not just about starting the engine and moving the car. Driving is about safety; it is about the purpose and focus and it is about mastering the machine and making it serve your will and serve your passengers and other users of the road. Good sex does not come naturally to any of us, we need to learn to be better at it and in my next webinar MATTA DEY 4 we will indeed talk about how to have good sex!‘ he concluded.