The Inter-Party Advisory Committee (IPAC), has agreed to review the closing time for general elections in the country from 5:00 pm to 3:00 pm.

This is among the many decisions taken by the Committee made up of election stakeholders including the Electoral Commission after a 2-day review workshop on the 2020 presidential and parliamentary elections.

The Chairperson of the Electoral Commission, Jean Mensa, said, although some major challenges were encountered during the election, significant feats were achieved that are worth mentioning.

“As a nation, as a Commission, and as stakeholders, it is important that we recognize the feats we achieved through the 2020 electoral process for the purpose of documenting best practices and experience and to ensure that the successful strategies adopted do not fall through the cracks of inordinate fault-finding and critique,” she said.

“Sadly, we are slow to recognize where we have put good processes and systems in place, much less document them. In a bid to improve upon our past performance, we rush to propose new recommendations when the old processes and structures are working very well,” Jean Mensa added.

Among the achievements, she noted the absence of long queues at polling stations, the ability to reduce the cost of the election from USD 13.00 to USD 7.70 per person and save the country GHS 522 million at a time when the cost of elections in the world was rising.

Also, it said the ability to conduct the elections in six months in a COVID environment and the ability to prepare a brand-new voter register with over 17 million persons in 38 days without the spread of COVID-19 were notable achievements.

The Commission at the meeting put forward four major proposals including the change in the close of polls-time from 3:00 pm to 5:00 pm and instituting an all-year-round system where citizens who turn 18, or persons who have not previously registered can register for a voters’ ID card.

IPAC agreed to the proposals and adopted them.

Other proposals in the area of election security, declaration of results among others were also considered and accepted.

There was also an agreement for some other proposals to be discussed further before a decision is taken.

Almost all the major political parties in Ghana were present during the workshop, but the National Democratic Congress (NDC) was absent.

Read the full communiqué below: 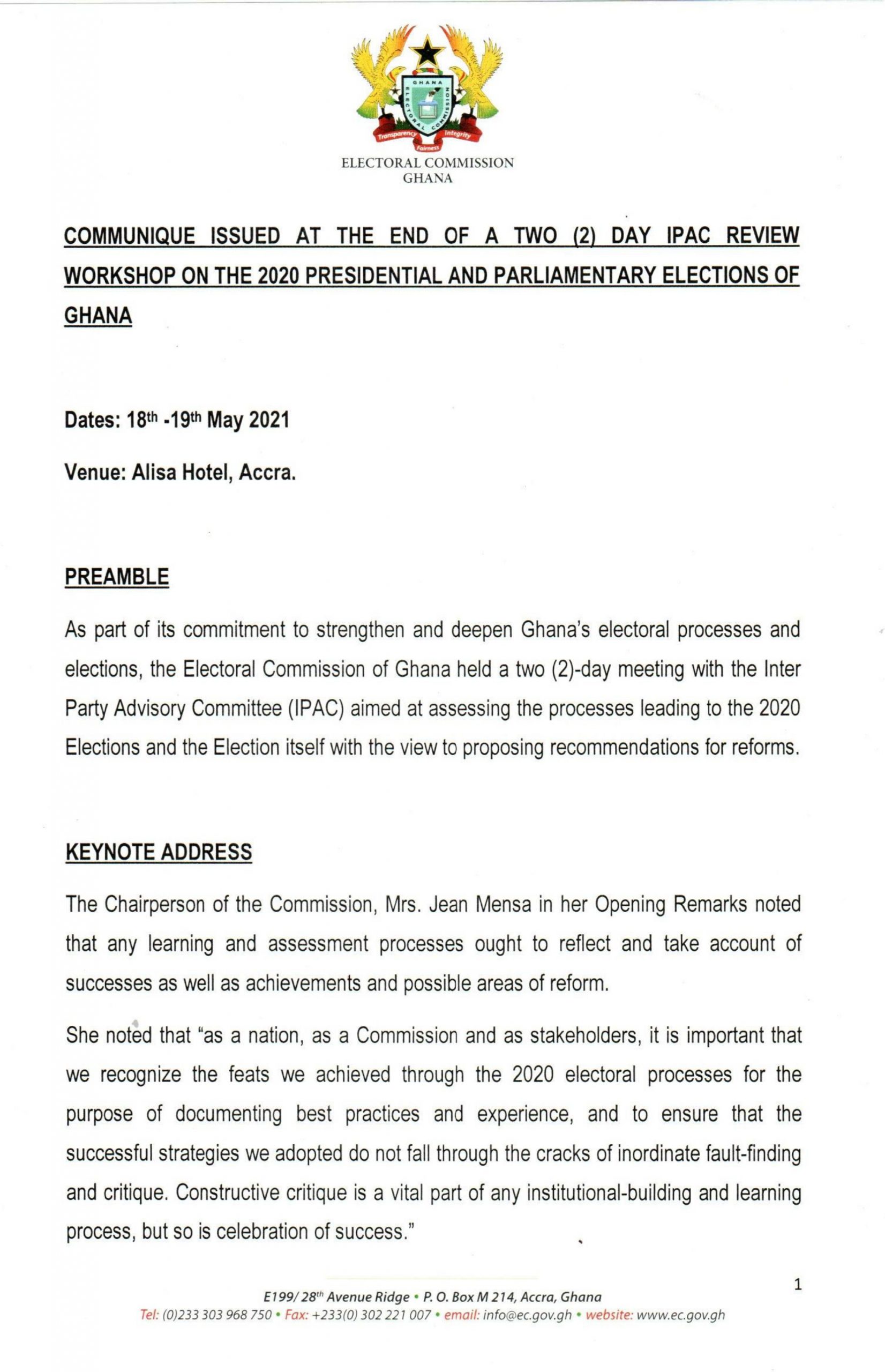 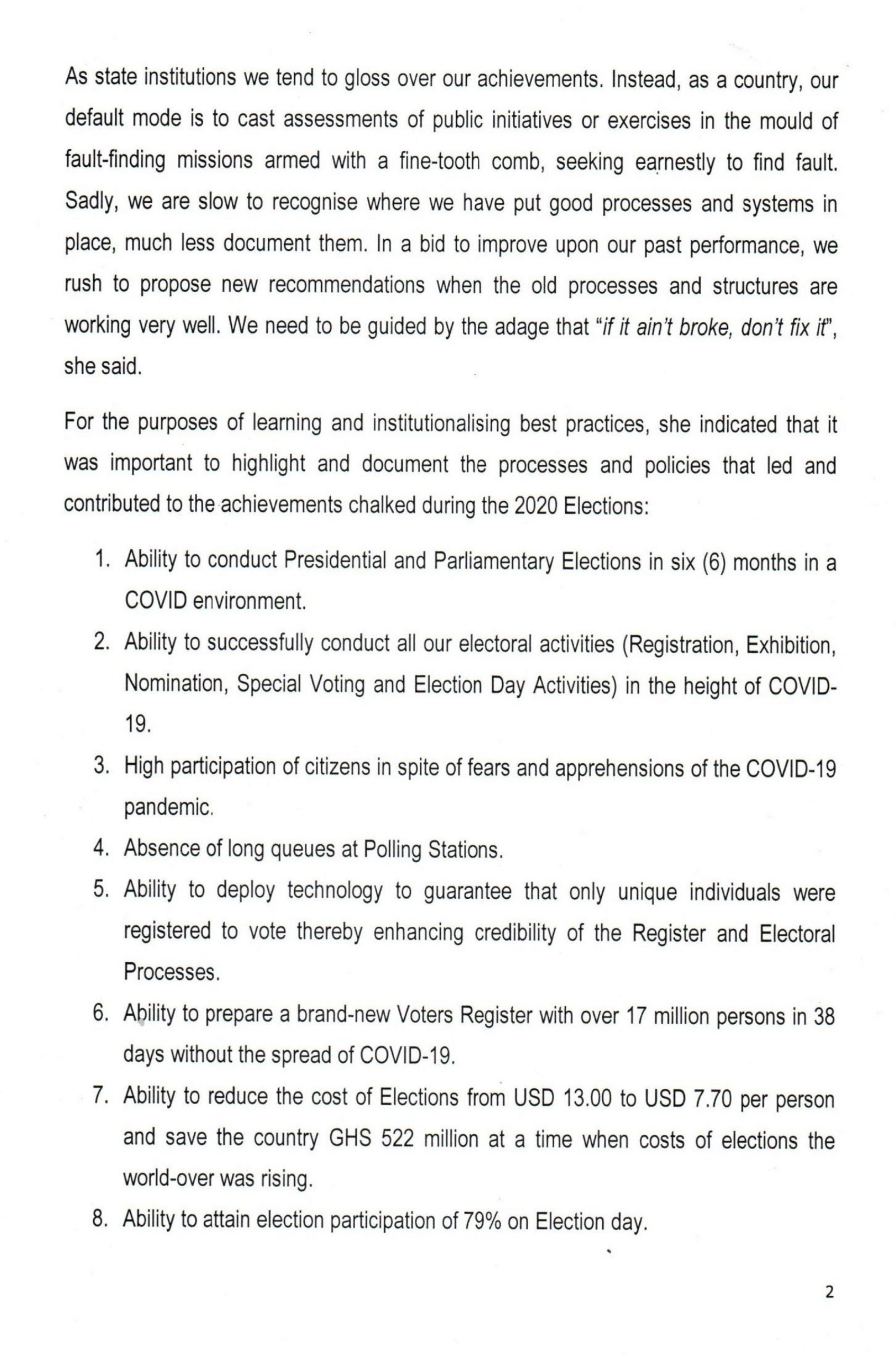 Why Are Women So Comfortable Slut-shaming Each Other

Why Are Women So Comfortable Slut-shaming Each Other