Michael Essien has backed Chelsea to win the Premier League title next season under Thomas Tuchel.

The Blues have enjoyed a superb second-half to the 2020-21 campaign, reaching the Champions League and FA Cup finals and climbing to third in the table.

Chelsea was just ninth when Tuchel replaced club legend Frank Lampard in the Stamford Bridge hot-seat but the former PSG and Borussia Dortmund boss has overseen an impressive turnaround in west London.

As a result, two-time Premier League winner Essien has tipped Chelsea to be even stronger next season and lift the title of the likes of Manchester City, Manchester United, and Liverpool.

Essien, speaking exclusively to Ladbrokes at its launch of the 5-A-Side Bet on Chelsea v Leicester, said: ‘I’m going to say Chelsea win the league next season, based on how good they’ve looked since Thomas Tuchel has taken over. 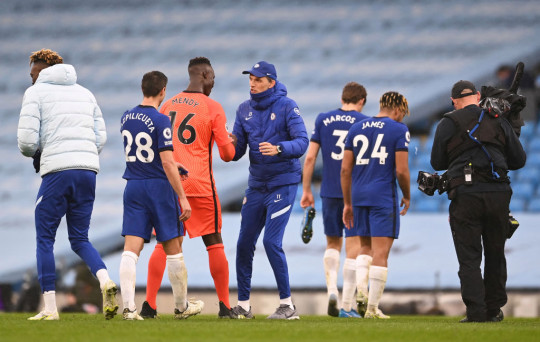 ‘They’re my first choice for the title, then it’s obviously going to be Man United, Liverpool, and Man City who will be right up there with them.

‘With the players, Thomas Tuchel has got at his disposal, I think he’s got all the tools needed to challenge for the title next season.

“If you look from the goalkeepers to the forwards, they’ve got big names all over the pitch. They’ve got it all. ‘I love the fact that they’ve got Thiago Silva at the back, his experience really is vital to that team and he’s such a great name the younger players in the squad can learn from.

‘He commands the backline very well, but even without him, they’ve got Antonio Rudiger, Kurt Zouma, and Andreas Christensen, so they’re very strong in that area.’

Essien, who also won four FA Cups and the Champions League at Chelsea, added: ‘In terms of where else they could realistically strengthen – I’m not sure, because it’s very difficult to go out and find a quality striker available in the market.

‘Plus, I really like Timo Werner, I actually think he’s done very well, particularly in recent weeks. He’s so tricky to keep up with so if he can start adding goals to his game next season I don’t think it’s an area Chelsea will need to look at strengthening.

‘Even without scoring goals, he’s still contributing so much to the team, giving assists to his teammates and playing a vital role in winning games. ‘But as a striker, especially at that price, when you’re not scoring, people tend not to look at anything else that you do other than your goal ratio.’