Ajax melt down Dutch title trophy to make 42,000 stars to give to fans

Ajax fans haven’t been able to get involved in the action this season because of the pandemic, so the club has decided to share their league title with them. Literally.

The Dutch champions, who secured their 35th Eredivisie title on 2 May, have melted down their trophy and turned it into 42,000 silver stars to gift to fans who are season ticket holders at the Johan Cruyff Arena.

Literally. For you. 🎖#XXXV pic.twitter.com/Bllbh9M4tA

A literal piece of silverware to take home. Pretty cool. 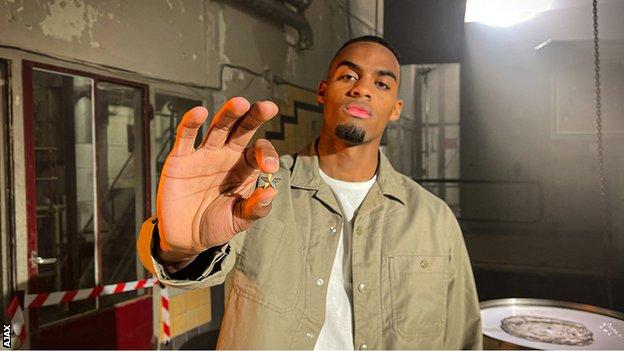 Ajax chief executive Edwin van der Sar said: “This season, we have largely had to play without our fans – well, without them sitting in the stands, at least.

“Despite this, we have felt their support every week on the way to the stadium, on social media and in our personal contacts.

“Previously, when we said ‘this title is for you’, we were expressing how we were doing it for the fans. However, sharing the trophy is the ultimate proof that we really are.”

For those planning a stadium tour, don’t worry – the Royal Dutch Football Association has given Ajax a second trophy to put in their cabinet in place of the one they’ve melted down.

Probably always a good idea to keep a spare anyway… we still remember that time Ajax keeper Maarten Stekelenburg dropped the Eredivisie trophy off a bus in 2011.